10 Scenarios In Which A Smart Lock Comes In Handy 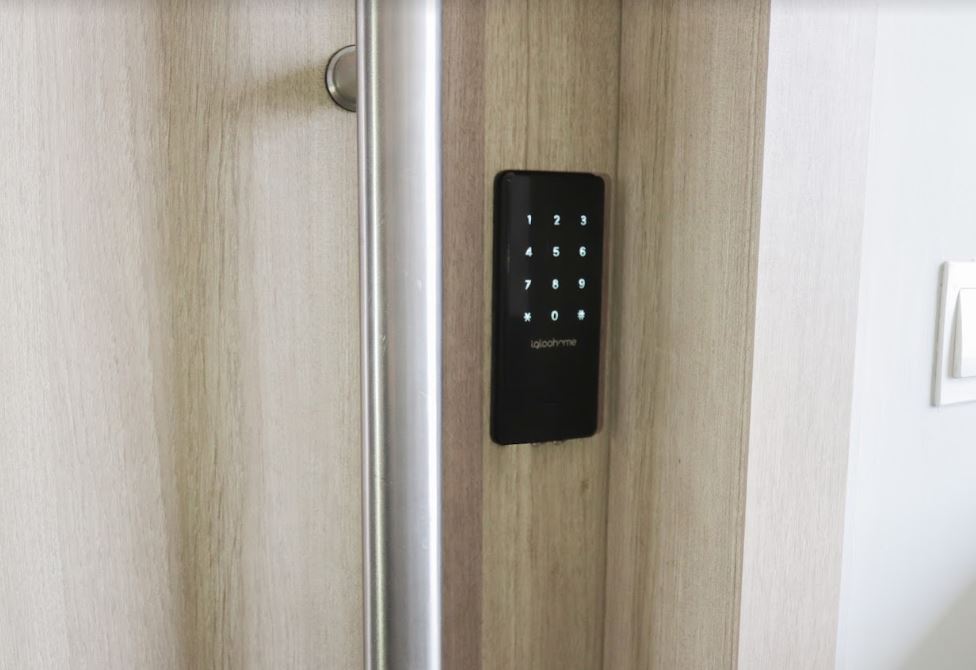 Using a smart lock sounds fancy and all, but are there any real benefits of having one? We show you 10 scenarios (that you may not have thought about) in which a smart lock would really come in handy:

1. Forgetting to take your house keys with you

You overslept in the morning because your alarm didn't ring. So you scramble to throw on your office wear, wolf down breakfast, yell 'bye' to your spouse and dash out the door. By some miracle, you make it to the office just in time and congratulate yourself on the achievement. Only to realise that you left your house keys on the coffee table. And your spouse is flying off for the weekend for a work trip. And you don't have another way to get into the house. Life sucks.

You've bought groceries for the week and you return with bulging bags hanging from your arms. You have also bought dinner back, which includes a soupy dish of some sort sloshing around in a disposable container that doesn't look the most secure. You now want to open the main door to your home. But guess what, your keys are somewhere in the depths of your back pocket, mixed up with loose change and other miscellaneous things. You're now in an uncomfortable position - are you going to risk soup spilling on everything while you attempt to reach for your key?

You just broke up with your significant other. He/she previously had full access to your place, but let's face it, this is not the arrangement you want moving forward. What if he/she decides to murder you in your sleep? With the ol' lock & key, you will have to go through the worst conversation of your life asking for the key back. With a smart lock? Simple, just de-activate the PIN code.

Perhaps you have an over-enthusiastic mother-in-law. You don't have anything against her, and she's really helpful with the cleaning and all when she comes over to you and your spouse's new flat. But both of you want some quiet time in the evenings, and don't know how to bring it up without hurting her feelings. Giving her a time-sensitive PIN code solves the problem.

5. Letting the pet sitter in when you're on holiday

You're going on a much-needed holiday to Europe for 2 weeks. You're really excited about it, but are concerned about your beloved cat. She looks after herself mostly, but just needs to be fed and her litter tray cleared. Nobody is particularly keen to house her for 2 weeks, but you can hire a pet sitter who will pop by your place every other day to carry out the necessities. You don't feel like giving the pet sitter your house keys, but a PIN code that is only valid at a certain time slot for the 2 weeks would do just fine.

6. Allowing the delivery man in

You couldn't resist buying a gazillion things online during the festive sale, including a robot vacuum. Delivery is only available in the day, when you're at the office, but clearly you don't intend to lug everything home from your office. Give the delivery man a one-time PIN code and he'll let himself in.

7. Challenging your guests to a Da Vinci Code-inspired puzzle

8. Saving time by letting the cleaner in

You have hired a part-time cleaner that comes by once a week to tidy your home up. But time is precious - you don't want to have to sit around at home for 4 hours while the cleaner goes about his/her duties. Just schedule a PIN code with a 4-hour validity period, and you can spend your Saturday outside with friends or family.

9. Recreating the scene from the Korean drama 'My Love From Another Star'

Yes, the one in which the female lead is drunk and tries to key her PIN code into her neighbour's smart lock instead of her own. Who knows, perhaps a smart lock is the key to the hot boy/girl-next-door's heart? Hurhur. At the very least, both of you will have something in common to talk about.

10. Bragging to your friends

Technology is changing the way we live, and you're at the forefront of it. Being able to control access to your property with a mobile app? You'll be the coolest kid on the block.

Which is the best smart lock?

The role of smart locks in times like these