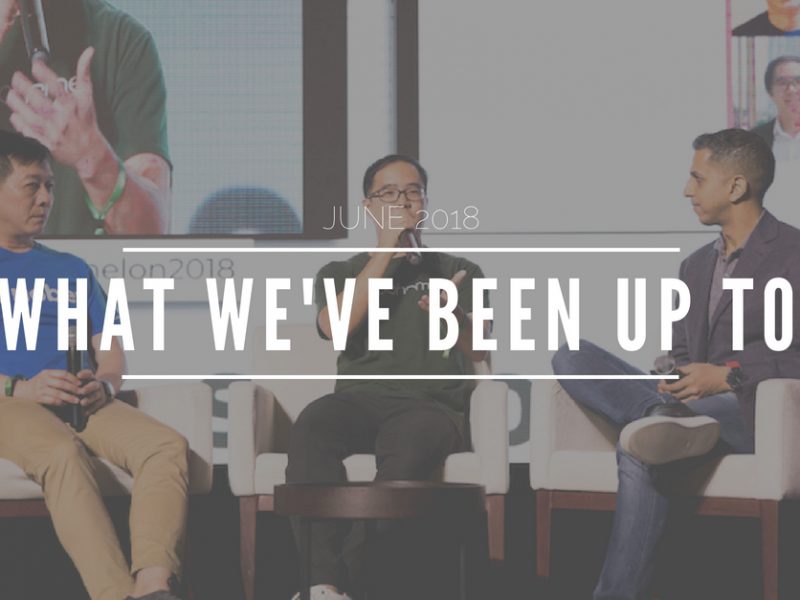 This June flew by in the blink of an eye! We kept ourselves busy as the mid-year saw us attending a handful of exciting events. From our CEO speaking at events around the world to exhibiting at new home fairs for homeowners; we're happy to meet everyone.

Here's a quick recap of our activities:

TechSaturday this year was an UPSIZED version! With 6 different zones to explore, attendees were treated to a weekend of tech fun. There were many showcases and we were proud to be part of it.

We had a gorgeous booth showcasing our locks and we're humbled by the interest you guys showed! Our technology was well-received and we're happy to have shared the benefits of going keyless.

We also participated in CES Asia in Shanghai! This year, our booth was much bigger and we were able to showcase so much more. The fun (but most tiring) part was getting to decorate our space; we've added our personal touches to make our booth as informative and welcoming as possible.

Additionally, our COO, Kenny Wang, was interviewd by CCTV for a documentary on startups. Shoutout to the production crew for featuring us!

On the other side of the world, we were at CE Week in New York City! We're glad to have made so many contacts during the show, and definitely had a blast speaking with everyone.

The cherry on top was our Head of Americas, Matthew, speaking during a panel session on designing the digital domicile. See if you can spot our iconic green igloohome shirt!

Bigger than ever, the TechSauce Global Summit was in its second year of running the Global Tech Conference in SouthEast Asia. Our CEO, Anthony Chow, was invited to speak at the event; so we flew to the land of smiles for a weekend!

Part of a 3-men panel, Anthony got to share his views on living technology. Joined by Dr Yong, Chief Innovation Officer of Ananda and moderated by Mr Parin, CEO of Nasket Retail, we had a great time interacting with everyone.

We attended Echelon too, where our CEO, Anthony Chow, once again shared his views. This time, he touched on the key differences and challenges when it comes to building an early-stage startup in Philippines and Singapore.

We always have a blast at these events and we're looking forward to the next one already!

On the last day of June, we headed to Downtown East bright and early to greet fiesta-goers of NTUC's Family Fun Fiesta. Look at the throng of people! We were placed in a prime spot as many were eager to be near the stage. It's also no surprise that the crowd would be overwhelming as it was a day of fun for families.

We even got a chance to speak to  Assistant Secretary-General Mr Melvyn Yong, Labour Member of Parliament (MP) Mr Zainal Sapari, and MP Mr Patrick Tay, where we showed them the igloohome line and its features. They were thoroughly impressed and showed immense interest in our locks, and we're humbled by their support for local brands.

We were also back at Crate&Barrel's New Home Fair for the second time! The fair aims to be a one-stop shop for new homeowners looking furnishing, home necessities and the like. Here's what our cosy booth looked like, the warm lighting helped exude a relaxed vibe thus making the space welcoming.

We had a great time answering queries and sharing more about our technology with new and potential homeowners! Once again, we're humbled by the attendees' interest.

All in all, June was a hectic month for us but we managed to meet so many of you all over the world! If you missed us at any of these events, fret not. Keep your eyes peeled on our social media accounts or sign up for our newsletter to stay updated on our whereabouts next.

Effective Ways To Stop Your Smart Security System From Being Hacked