Hood Disrupt - What Went Down 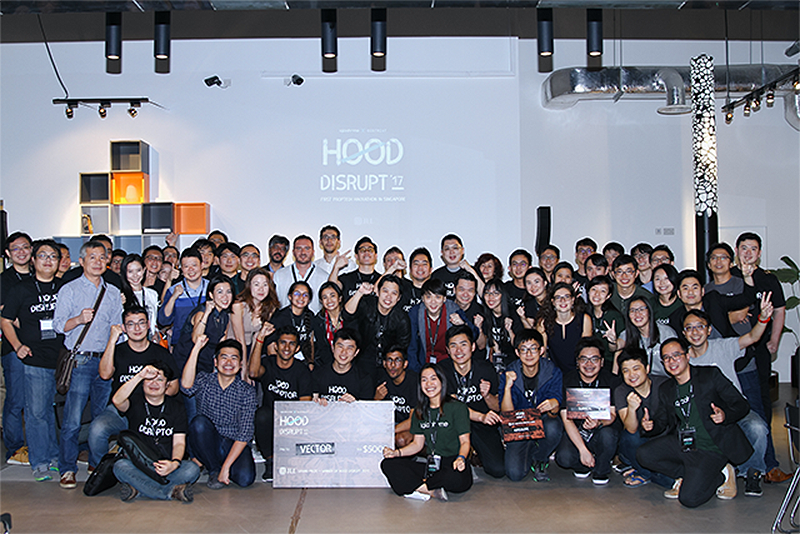 On 4 – 6 August, igloohome together with District 6 co-hosted South East Asia’s first ever prop-tech Hackathon – Hood Disrupt at Odeon Towers - and we had a blast!

We received overwhelming response with participants coming from Singapore, Malaysia, Thailand, Korea and even Poland. The 17 teams formed were made up of participants from diverse professions - students, IT professionals, entrepreneurs, brokers and more.

Day 1 - Things are getting started!

Participants and guests arrived with much anticipation as they were greeted by our Hood crew at the registration counter.

Gearing up for the coming battle! Each participant was given Hood swag that consisted of a Hood Disruptor T-shirt, a lanyard, a decal and survival kit.

Excitement building up as Hood Disruptors gathered for an introductory briefing by Anthony, CEO of igloohome.

Day 2 arrives and the disruptors get down to work immediately.

Design and pitching workshops were lined up for the day to prepare the teams for their final pitching stage on P-day.

Highly profiled mentors which include management from Lendlease, DBS, CEA, and AWS had 1-on-1 sessions with the teams as well. The sessions involve sharing of insights in their field of expertise ranging from financing to real estate and property management.

At the pitching workshop, Anthony shared how every pitch should be like a Pixar Story - short yet captivating.

Time for Disruptors to put what they have learned into action during the 1-minute "Sneak Pitch".

After long hours of hard work, the Hood Disruptors made it to Sunday.

This was the last lap for them - tension brew as the teams did their last-minute preparation before taking the stage.

Loosen up with a glass of good ol' champagne, anyone?

Before the official pitch started, we had opening speeches by igloohome CEO Anthony, District 6 and special guests from CEA and JLL.

Judges included management from JLL, C31 Ventures, CDL, Capgemini, REAPRA and igloohome. Each team was given 4-min to pitch and a 4-min Q&A session with the judges and audiences.

All teams were highly determined to put up a good show.

The detailed description of each team will be provided on Hood Disrupt Hackathon page shortly - keep a look out for them!

They were judged on the following criteria: innovation, opportunity in terms of market size, defensibility against new competitors, implementation, teamwork and presentation.

And finally, the reveal of winners for Hood Disrupt 2017!

The JLL innovative Prop Tech Award of SGD1,000 - Airsquire, which focused on the use of sensor drones to detect fires on rural properties.

1-year of co-working space package at District 6 - Surreal, which built a plug-in allowing homeowners to visualise their floor plans in 3D.

igloohome's global choice award of entry tickets to the Urban Tech Summit in Florida - Trabble, which created a chatbot with machine learning for the hospitality industry.

Aaaand, the Grand prize of SGD5,000 went to...Vector! They built a spatial mapping robot that together with the use of VR, allows stakeholders in the architecture, engineering and construction industries to monitor building and renovation works and identify issues in real time off-site.

Last but not the least, a big group photo with all participants, judges, and everyone who made Hood Disrupt a huge success!

Do not miss the exciting moments of Hood Disrupt - Check out the live recordings of the pitch, workshops and more on our Facebook page to know what went down during the event!

The event was also picked up by Yahoo News Singapore, e27 and 99.co. Representatives from Hong Kong and Malaysia have expressed their interest in bringing the event to their own countries, and we're looking forward to it!

igloohome in The Next Unicorn - Part 2