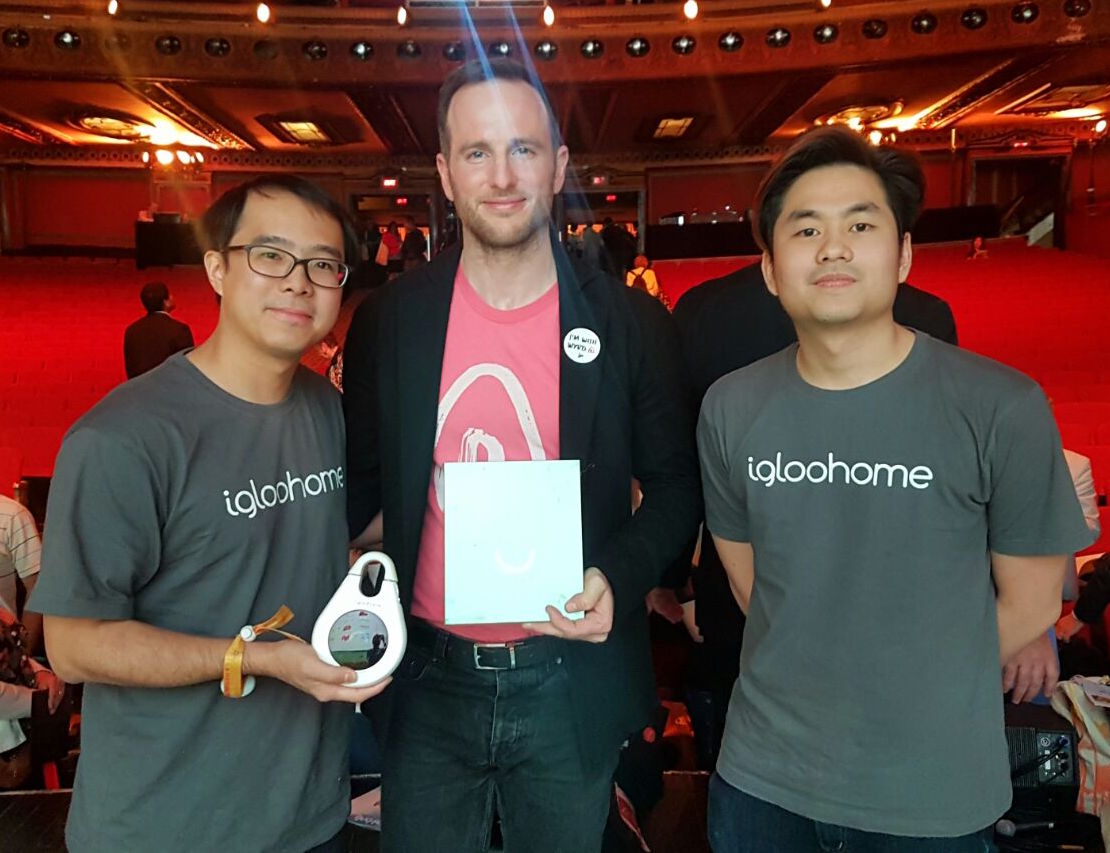 The igloohome team had an absolute blast at Airbnb Open in Los Angeles on 17-19 Nov 16! As a partner of Airbnb, we were very excited to launch our new product - the igloohome Keybox.

More than 8000 hosts from all over the world attended Airbnb Open (also known as OLA - which we love), which was held in various locations in downtown LA.

The event kicked off with a bang - a press announcement by CEO of Airbnb Brian Chesky. He shared that Airbnb was expanding into more than just accommodation, and introduced their vision for a world of trips.

Brian explained that Airbnb wanted every trip to be magical, and so they launched Experiences on the app. This allowed guests to book local activities, which are led by local experts ranging from street artists to sumo champs.

In addition, a new section called Places was also released on the app. It features a list of secret spots and local recommendations for selected cities, specially curated by their community of trusted insiders. Brian mentioned that Airbnb would continue to roll out other services related to trips, such as the booking of flights and the ordering of groceries and so on.

igloohome at The Oasis

The igloohome booth was located at The Oasis, with other partners of Airbnb, including American Express and Delta Airlines. We managed to catch a photo at one of the quieter moments at the booth!

We loved the chill vibe of The Oasis, with couches everywhere and numerous places to sit and chat with other hosts and guests. Fruits, drinks and other refreshments were complimentary - reminders of how Airbnb is a leader in hospitality.

Sharing of information and more

Over the 3 days, there were numerous talks held in the Los Angeles Theatre, the Downtown Palace Theatre, the Orpheum, and many other venues. These included tips on how to create the ultimate guest experience, successful remote hosting and more.

One highlight was celebrity Ashton Kutcher and Brian Chesky's talk on strategies for entrepreneurs. Star power led to a full theatre.

And there was minor drama when a lady made her way on stage to express her objection against Airbnb. Airbnb prides themselves on respecting opinions, and so she was given some air time to share what she had to say. After which, Ashton had his turn to explain how Airbnb brings communities together, and that they were committed to working things out with those affected by change.

Aside from the minor disruption, the talks ran smoothly. Some of them were so popular that there were queues extending around the blocks.

The igloohome team was psyched to be at Airbnb Open, and the most exciting part was being able to meet the Airbnb hosts. Many of them were extremely enthusiastic when they learnt about the igloohome Keybox, and shared that it was what they had been looking for for a while.

Even though our Keybox was open for pre-order only, some of the hosts were so eager to get one that they asked repeatedly if they could take one back on the spot! There was a lot of interest in bulk orders as well, as many of the hosts felt like they wanted other hosts in their country to be able to benefit from our solution.

At some points during the event, there were so many hosts at the booth that  it was slightly overwhelming! But of course, the igloohome team was more than happy to share about our Keybox and Smart Locks.

Aside from the main talks, many fringe activities were going on at the same time. There were optional community dinners and meet-ups that hosts and guests could sign themselves up for. Food at most of these activities was excellent, as the venues were popular local restaurants, cafes and bars.

There were also event spaces where hosts could paint their own postcards, make their own tea bags, or have nostalgic black and white photo portraits taken.

The atmosphere at night at The Oasis was incredible - hosts just hanging out, chatting with one another and browsing the booths. The perfect weather in LA with the cool crisp air made everything even better.

Co-founders of Airbnb with igloohome

igloohome caught up with the co-founders of Airbnb Joe Gebbia and Nathan Blecharczyk during the event.

And we thought we might as well let them sign the limited edition white version of our Keybox.

It wouldn't be Los Angeles without the celebrities! On the last day of Airbnb Open, there was Open Spotlight - concerts and DJs, headlined by Maroon 5. They performed many of their hits, with the audience snapping photos and singing along to the favourites.

What was unexpected was that after Maroon 5 ended their performance, an announcement came on, saying that there was another guest performance.

It turned out to be Lady Gaga, and yes, nobody could believe that she turned up despite not being on the programme.

And so that wrapped up an amazing event. igloohome is proud to have been part of it, and is looking forward to being even more involved with the Airbnb community!

Being Business Travel Ready on Airbnb - What's It About?

Want a 5-Star Review on your Airbnb Listing? Here's how

Living Tech and the 5 Cs

Connect your igloohome locks with Airbnb